Apple iPhone 8: Everything We Think We Know About It! 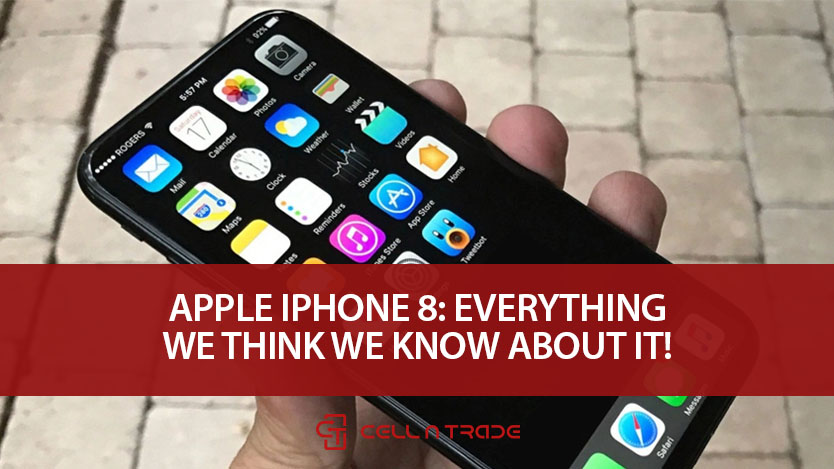 Spectators are all geared up to watch Apple, as it raises the curtains to put on view it’s much awaited iPhone 8. The joy of iPhone 7 was eclipsed halfway through its first year by the news of the upcoming prodigy. From the created hype about what Apple has to offer, it is speculated that the releasing date might be pushed forward to somewhere towards the end of 2017. As if to make up for the delay there is a possibility that you might see three iPhone models this year, with modest upgrades to the iPhone 7 and 7 Plus to be introduced in September and rolling out the red carpet for the grand, feature-rich iPhone 8.

The ambitious plans of Apple for the device has made people watch out for any piece of news that might give a clue about what they might witness. A lot of guess working and rumors have spread and here is all that we gathered, yet we are insatiable and all ears!

Word on the street has it that, iPhone 8 will beat all the previous iPhone records as the leaks have put a halt at any new purchases for the would-be buyers.

Features That Could Expectedly Appear In Apple iPhone 8!

A glass backed-body is replacing the conventional aluminum body, being used since 2012. The glass was adopted previously for iPhone 4 and 4s, but would now be re-introduced and will be more hard-wearing and sturdy. It will give the phone a more glossy and shiny appearance and trump the multitude of aluminum body smartphones. Rumor has it that only iPhone 8 will possess this lustrous body, but according to Ming-chi Kuo, the KGI analyst, all three sets will have a glass-bodied design, with a stainless steel frame for the higher-end iPhone and aluminum body for the remaining two. This backs up a claim from a source that now seems quite reliable, that Apple is experimenting with a ‘glass sandwich design.’ Sounds appetizing, right?

Read More: How To Master iPhone 7 And iPhone 7 Plus? (Tips & Tricks)

Apple intends to introduce its OLED screen instead of the much held on to LCD. OLED is more flexible and allows Apple to make the phone bezel razor-thin. Apple placed an order for 100 million OLED’s to Samsung which further justifies the rumor. OLED comes with an advantage of Truetone that changes the white balance of the display, to be consistent with the ambient light. The Bloomberg report in April stated that Apple is testing a screen that measures out to be larger than iPhone 7 Plus but could be held within the body size of iPhone 7. 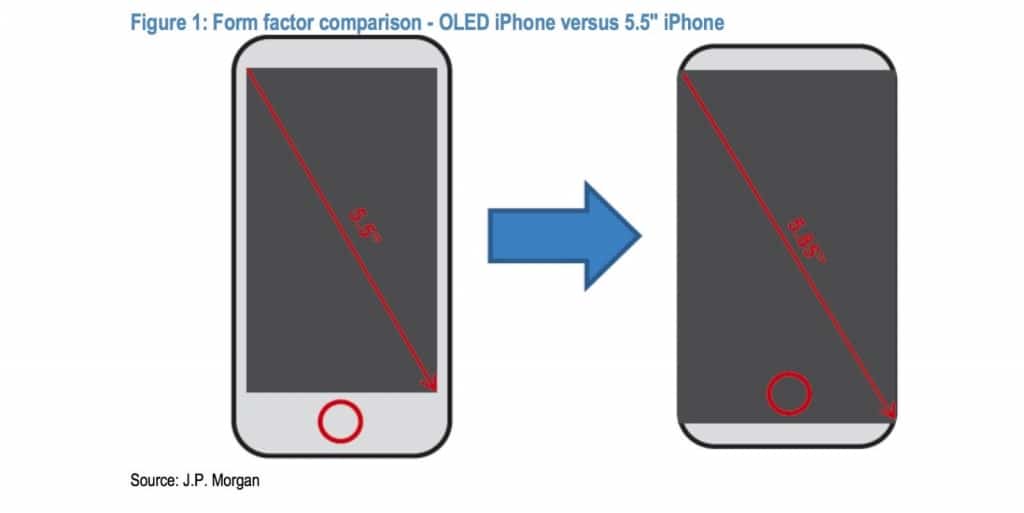 The other uncertainty that arose was whether the screen would be curvy or flat. It might be curvy as suggested by the Bloomberg report, that Apple is testing prototypes that slope slightly on the front and back (the screen itself is flat, while the cover glass curves into a steel frame).

The home button seems to be missing?! Oh no, wait! It looks like Apple has planned to embed the home screen button in the display itself.

Cameras are the strongest feature whether it be an iPhone or any other smartphone, but as always iPhone stands out among the rest.

In a recent rumor, MacOtakra says that the camera might have same functionality to that iPhone 7 Plus but the vertical layout added may enable better use inside a virtual reality headset. Ming-chi Kuo, on the other hand, brags about a “revolutionary” infrared sensor that can sense the three-dimensional space in front of it. The Korea Economic Daily talks about the collaboration between Apple and LG to create a dual camera module allowing 3D photography. Although, Apple had patented 3D-object and gesture recognition, cross your fingers and wait for the outcome!

An advancement over the IP67 certification earned by iPhone 7 and iPhone 7 Plus has been made with the featuring of IP68 water-resistant rating. The iPhone would be able to withstand 1.5 meters of water for up to half an hour and also would be dust protected. So, brief encounter with water might not cost you your phone BUT do not throw caution out the window since there might not be a warranty covering water damage, as was the case with iPhone 7.

No more battling with wires!

The glass body hints at inductive charging, allowing charge through magnetic coil. Though implementation seems to leave a question mark, few rumors suggest that it will be achieved through a separate accessory purchased separately.

The wireless charging also contends that headphone jack adapter won’t be included. These instantly detect when they are in your ears and thus play music accordingly. They possess microphones, so now you have the power to control your music, play with the music levels and use our very own SIRI to check your battery level! One analyst suggested free air pods presence but don’t set your eyes on that one!

It seems odds-on that iPhone 8 is to have a range of advanced biometric features such as facial recognition or iris scanning, enabling a response on touching either side of the phone. New Touch ID technology will be introduced, built under the glass of the display enhancing transactional security.

It looks as if the front facing camera has quite a responsibility on its shoulder! With it, you might not need any avatar for games as a three-dimensional selfie would be generated on its own. Your best photos would be recognized by you facial recognition abilities. Wet hands? Don’t worry, facial recognition and iris scanning can aid in unlocking the phone!

Artificial Intelligence, is another curiosity-arousing feature. CEO Tim Cook said that new iPhone would emphasize on AI, helping you with, from finding your parked car to streaming music. He also concluded that AI would increase battery life, though no further detail was provided.

What To Expect In Charging Port?

Kuo denied Wall Streets Journals news regarding abandoning the lightening port and going with the USB-C port. Switching connectors is an option Apple wouldn’t go for without re-evaluating its strategies. Kuo is although is a reliable source; we can’t be indifferent to WSJ’s remark, perhaps Apple had considered the idea.

The Digitimes features a rumor about enhancing Siri. Although the information seems to be vague, one could only wonder what an enhancement version of SIRI would look like. It could tune the personal assistant’s ability to respond to contextual requests and commands.

Read More: 15 Checks To Perform Before You Buy Used iPhone!

What About The Battery?

The prospective battery life has said to be extended owing to the “bigger battery.” A larger battery might be used to support the OLED and biometric features but when can only guess! The news is that a stacked logic board design will be installed supporting longer battery life. The logic board will offer the same battery life as in the 5.5 inch iPhone in a device the size of the 4.7 inch iPhone. An L-shaped two-cell battery pack with a capacity around 2,700 mAh is accounted. 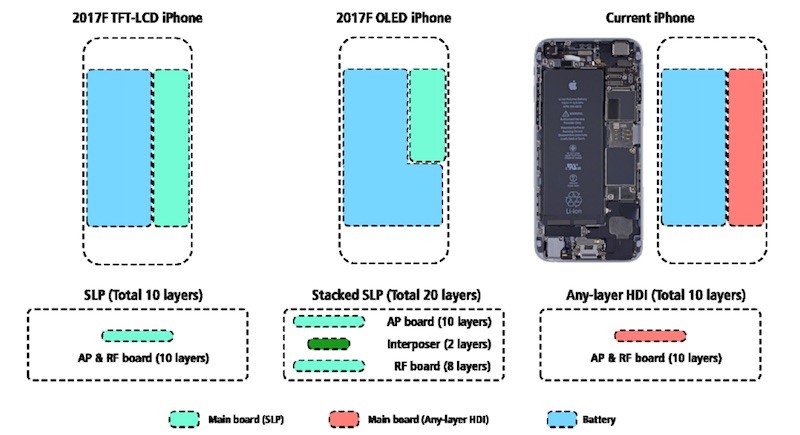 There is a possibility that we could hit the miss, but the final design might look somewhat like this. The edge-to-edge rumor might be true, but we can easily see the resemblance between Samsung Galaxy series! The high-end phone would definitely be special when it comes to features it has to offer, but we have delayed the verdict part till its launch!

What Will Be The Release Date?

The upcoming Apple iPhone 8 release date is still ambiguous and no one exactly knows about it. But according to rumors floating on the web, the iPhone 8 is likely to be launched in September 2017 on the 10th anniversary of Apple. However, some report depicts that it won’t be available until the fourth quarter of 2017 or even earlier 2018 as well.

With all these features installed, it is not hard to say that the price would soar with every added feature. So, all you iPhone lovers start saving up!

All in all one should be prepared for it might cost you a fortune!

We might not be looking at the Apple’s iPhone 8 final design, but nothing is confirmed yet, so hold your breath and remain glued to your seats as the curtain is drawn by Apple.

PrevPreviousHow To Master iPhone 7 And iPhone 7 Plus? (Tips & Tricks)
NextApple Took A Long Way To Look Red Like An Apple!Next 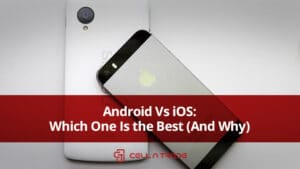 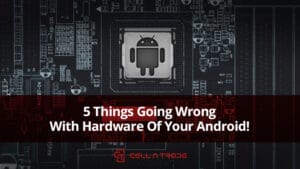